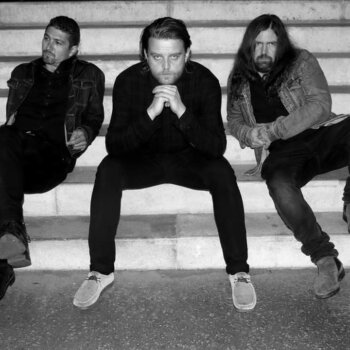 Dennie Wander is a Budapest based English singer/songwriter. 2020 brings a fresh start and a new sound for his music, going back to his roots of indie rock-n-roll with his 3 piece  Indie Rock band.  In 2016, Dennie embarked on a solo trip around Europe, busking in each city he arrived in. Finding slots at live music nights and open mics on his travels. As a result, he played shows in Copenhagen, Helsinki, Tallinn, Riga, Berlin and Prague before discovering his now home Budapest. With only his acoustic guitar and loop pedal Dennie went down the singer/songwriter route due to having no bandmates to work with. But these days with his Budapest based band, his songs boast thought provoking lyrics and catchy melodies that will stay in your head for days at a time. Punchy drums and fierce basslines mixed with the melancholy guitar riffs and melodic vocals create quite the contrast for this 3 piece sound.  This year for Dennie has been more about getting songs on record, to release them to the world. But 2021 will see him and the band venturing out playing shows all over Europe. His new EP will be released on September 12th with 3 tracks, with further singles being released monthly into 2021. The aim is to release a single monthly after the release of the EP. Every month will bring a freshly recorded single with the new sound.