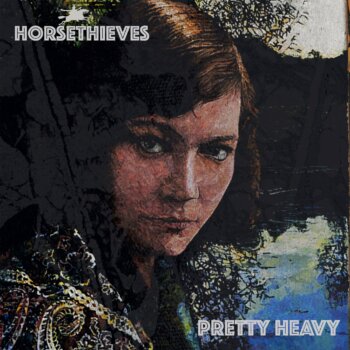 Since their foundation in London back in the year 2000, HorseThieves have toured the small venues of the UK rock circuit - The Sunday Mirror hailed them as 'original rockers taking the London club scene by storm'.

They have loved and lost many some fled and some are dead and yet have kept their liberty and their music going. In March 2020, they finally released their debut album, PRETTY HEAVY, with consumate and somewhat typical timing, at the start of a global lockdown.

HorseThieves are a vintage four piece British rock band with acid riffs and caustic lyrics full of bitterness and regret that somehow put a smile on your face. With a combined age of 239, they know how to lay down heavy riffs and cool ballads with equal commitment. Frontman, Ian Sugar's lyrics are testament to the years and the miles travelled through the dark side of life.

With their innovative take on prepunk rock, there is a familiar ring to their no nonsense sound, like the mid seven†ies has been dragged screaming into the 21st century (like it should be) and taught a lesson, learned the hard way.

Horsethieves are currently working on their second album to be released later in 2021.