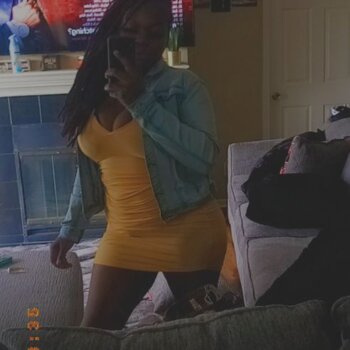 Let me start by saying the tongue is powerful . I've already Claimed my Success so therefore I WILL BE SUCCESSFUL. Right now I'm working on the exposure part. Being exposed letting everyone know who Nae Babiee is . I go live and sing on all of my social media they only love me for that moment. I currently live in Chattanooga Tennessee (born and raised )  , although my family supports my music 1000% my community support system sucks. If you aren't popularly known in the streets then they don't support you at all. I WILL NOT allow that to make me give up . I just simply have to try something else. I'm very devoted/committed to my music. I've never been so true , so sure , so constant to anything. That's how I know this is real. I know this is me . My music is my peaceful place , my escape from reality when it feels like  everything is falling apart . When I feel alone. When I'm happy/sad . I LITERALLY sing everywhere I go. It's a habit. But I know one day that right someone will hear me. I'm seraching for someone to coach me though. Someone who genuinely truthfully See's me making it in the music industry .Let me know what sounds right and what doesnt . I NEED THE CRITICISM AS WELL AS COMMENDATION.

I have 2 songs released on youtube one I plan on redoing they are called " You ah Liar" and "I told You" which is the one I was referring to doing over . I have some sneak peaks of songs I'm working on , on my Instagram. I never write my songs all of them are freestyled however I do have someone to go back to type up the lyrics if I like it . I've only recently found a studio . He's not the best though. But I'm a firm believer that you do have to start from somewhere. & He was the only one that replied to my messages out of all the studios here that I contacted and his pricing was very reasonable. I do plan on finding a new studio engineer in the near future.