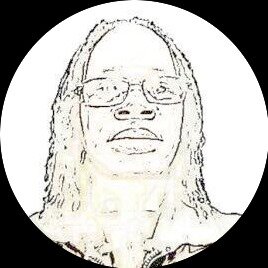 Preston C. Bell, known professionally as D1T (short for Da’ #1 Trend), is an American independent singer-songwriter, rapper, dancer, record producer, videographer, and businessman. A Mississippi-born Dirty-South Southern, D1T grew up between two worlds: his family’s deep ties to gospel music and the years he spent soaking up popular music from the radio and music videos. His Michael Jackson, Prince, Stevie Wonder pop influenced style, deft arrangements, and songwriting abilities have landed him in the spotlight in the American music industry and the UK music industry, garnering critical acclaim from various outlets in the industry.

D1T started his career early, crafting his first song writing and selling his first song at the age of twelve years old. Since then, he’s gone on to release many singles on SoundCloud, YouTube, blogs, and many major streaming outlets like Spotify, iTunes, ReverbNation, etc.  D1T has release several albums, EPs, and singles loaded with fun party dance songs like (“Get Down” "Scary Mary" "She Devil" "Feeling of Love") and more personal narratives speaking to life and love in the digital age like his “Crazy (Coronavirus Song” and “Our World Cry”).

D1T currently is unleashing his genius versatile multi talent to the world by performing live in music festivals and concerts. His music genre is a mixture of Pop, RnB, Country, Jazz, and Rap music. D1T loves working with other upcoming artists and established artists. D1T have profiles on Tik Tok, Instagram, Facebook, Twitter, ReverbNation, ArtistPR.com, and he has a YouTube Channel.