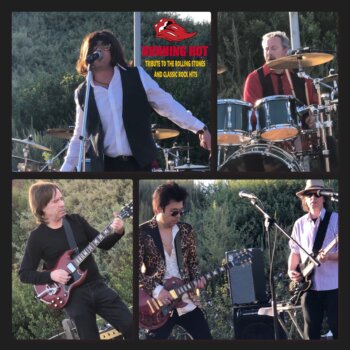 Javier Garcell and other guys formed the band in Los Angeles, CA bringing the sound of The Rolling Stones as well as other great classic rock bands. Running Hot has been playing at music festivals, corporate events and local clubs & bars. The band plays variety eras of Rolling Stones even 80's ~ Present although most Stones tribute bands play mainly 60's~early 70's songs.

Running Hot is the Premier SoCal Rolling Stones Tribute Band. The Rolling Stones are considered the Greatest Rock & Roll Band in the World based on their dozens of hits and millions of fans. Running Hot recreates the magic and excitement of the Stones' look and material from Satisfaction through Brown Sugar to Beast of Burden and from the studio to the live Ya Yas period to today. We are professional and reliable and love to support your deserving charities. Your patrons and Stones fans will be extremely impressed as we have performed at numerous street fairs and quality venues to universal acclaim.