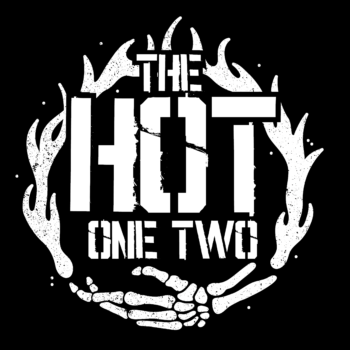 2017 saw the launch of brand-new Cambridge based rock band, The Hot One Two. After a fantastic start, taking ‘Best Rock Act’ and the ‘Showmanship Award’ at Cambridge's annual band competition, The Hot One Two have exploded onto the scene, making appearances in venues and at festivals nationwide, as well as drawing the support and attention of local radio stations and BBC introducing.

Nick Blackburn (bass), Nick Manners (lead guitar) and Joe Chivers (drums), 3 friends, raised on rock and roll began writing and rehearsing some tunes of their own. Ben Knowles joined the band mid 2018, helping finish up a very busy festival season and joining as The Hot One Two’s dep guitarist.
After a second lineup change the band recently welcomed the very talented Simon West as their permanent Frontman and Kev Baker as their second guitarist.

Recently the band has been hard at work preparing to smash 2019 out of the park! With a new line-up, a fresh new sound, the release of 5 new singles and busy gigging schedule, 2019 is set to be another rollercoaster year, so strap in and enjoy!