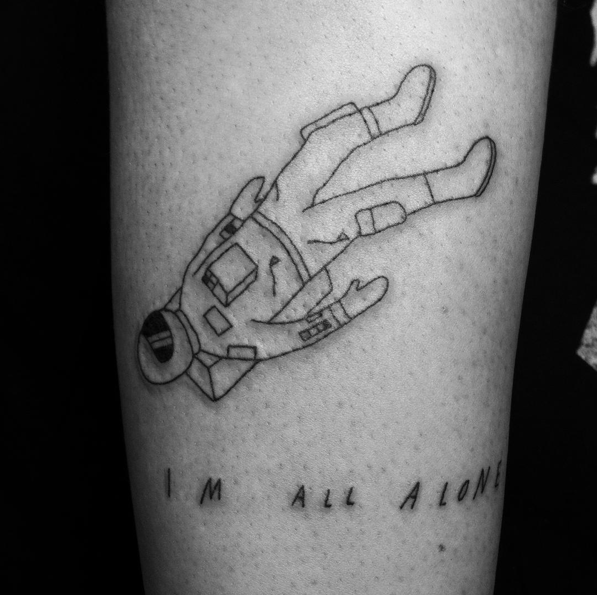 It’s hard getting in touch with the L.A.-based tattoo artist Sean From Texas (indeed, I did not), but that’s no excuse not to appreciate this guy’s work!

His rough style broke the tattoo art scene: bringing some fresh air into it with his irresistible, weird tattoos full of ironic negativity (rapper Brooke Candy has more than one from him!).

Ladies, gentlemen and ink lovers, here’s Sean From Texas and you will love him too.

Sean From Texas is a famous tattooist based in Los Angeles, is carving a career out of his biting wit and knack for inking minimalist tattoos.

Sean’s dark, disturbing hand-poked tattoos have garnered a cult following, has been making his own tattoo machines since his childhood in Texas, but was shocked to learn, upon entering the professional realm of the tattoo, not many of his fellow artists shared the same impulses.

It all began back in Texas at his parents’ house where he dismantled a pair of hair clippers and fashioned them into his first tattoo gun.

While in the early days he toyed with bright colours, Williams is now renowned for his niche designs centred around a sense of humour that’s as black and sharp as the lines he draws.

As fond of a skull as he is an astronaut, Williams’ work ranges from nihilistic visions of grim reapers and skeletons through to Area 51 finds and cacti-filled deserts.

Most recently he showcased a particularly gritty and moving series at Stone Malone Gallery in LA titled ‘Are You Ready To Die’, dedicated to those who lost their lives in the September 11 attacks.

If you’ve been looking to etch your especially gloomy outlook on life onto your skin, fuel your inspiration with some of his cynical designs.